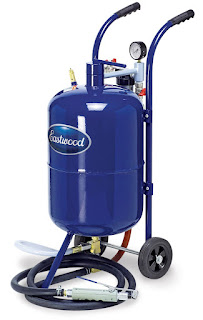 Soda blasting has many benefits over traditional blasting media in certain circumstances, but the equipment has been expensive prompting many to seek a Do-It-Yourself approach.

There's a discussion thread at Hotrodders.com that looks at the adapter kit offered by Eastwood as well as others. It also provides links to the search engine of the USPTO for soda blasting patents.

Here's a soda blasting blog and a site that sells blasters and offers some useful info.

The jury is still out, but some knowledgeable input might help.

A friend had $20,000 in resto work done on her mother's 1954 Desoto Firedome. The work was done by FantomWorks in Norfolk, VA. You may be aware of this shop since they currently have a show on the Velocity cable TV channel.

They still show this car in their Completed Projects area, but I'm surprised they do. (Archived in case they take it down.)

They soda-blasted the body to prep it for a complete re-spray and failed to neutralize the soda before painting. The result? The entire car now has rust bubbles under the paint. The FantomWorks owner, Daniel R. Short, refused to make good on his shop's mistake (it was admitted to by his paint shop manager), but they still keep my friend Ginny J's glowing testimonial up on their site. (Archived in case they remove it). What a guy that Dan is! 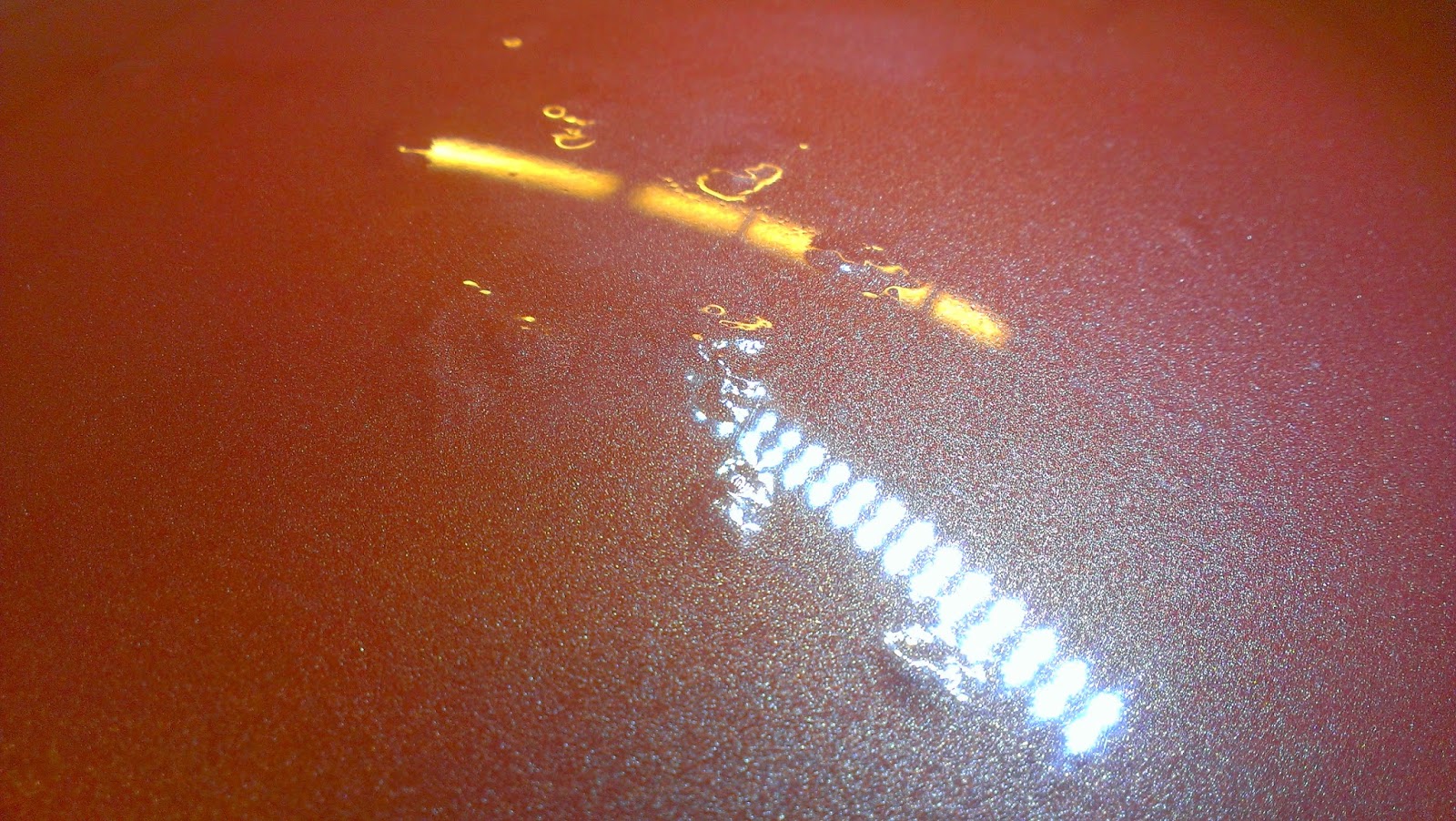 April 03, 2009
Sometimes the most useful things have the oddest names. Take the Franzinator, for instance. Named after Franz©, its curmudgeonly inventor, the Franzinator is a device used to separate moisture from compressed air. Having moisture in compressed air is not a a good thing, especially in painting where it contaminates the painted surface, or in media blasting where it causes the media to clump and not work as well. As well as causing rust in the air tanks and air tools, moisture is best removed. A number of methods have been developed from expensive refrigerated driers used to pre-condition air before it gets to the compressor, to simple mechanical separators that sit in the air line between the tanks and the air tool. Here is a tank that uses a chemical desiccant to dry the air. There are also ways to install the air lines that are intended to either cause moisture to condense or collect before it is sent to the air tool. A non-mechanical separator causes the moisture in the hotte
1 comment
Read more